I’m intrigued by complex worlds that exist within each other.  My oil, gouache, metal leaf and India ink paintings, and book art pieces, depict otherworldly environments, often inhabited by a lone figure lost in a chaotic world.

Nature-based patterns and shapes float in vast skies and landscapes, or are deeply immersed in foliage, partly hidden and viewed in close-up, in a kind of macro/micro cosmos.  By combining disparate “puzzle piece” images from sketchbooks, travel photos and found sources, I try to confirm the idea from Western physics and Eastern philosophy that all phenomena are interconnected and interdependent.

I find Fritjof Capra’s writings on chaos theory especially fascinating.  He explains that due to advanced computer technology, movement in nature previously thought to be random or “chaotic,” such as clouds and fire, are actually measurable, with almost identical mathematical patterns.

The idea of order in nature is comforting, in our overwhelming digital age.  And yet, it’s pretty clear that the natural world is an infinitely unsolvable mystery, not to be fully comprehended by even the most brilliant scientific minds.

My orange tree series was triggered by a trip to Rome in 2006, where I became ill, and then quickly healed while painting under a 900-year-old bitter orange tree still bearing fruit.  I include it in most of my work, as a symbol of rejuvenation and hope.

More recently, in 2018-2019, I was able to travel to the South Pacific, where my husband and I gave talks on art and music.  The incredible natural beauty there, combined with a tragic history of genocide of indigenous people and disappearing animal habitats, affected me.  My next project is an immersive installation that includes paintings, puppets, light, shadows and sound, in a “magical realist” tropical forest. 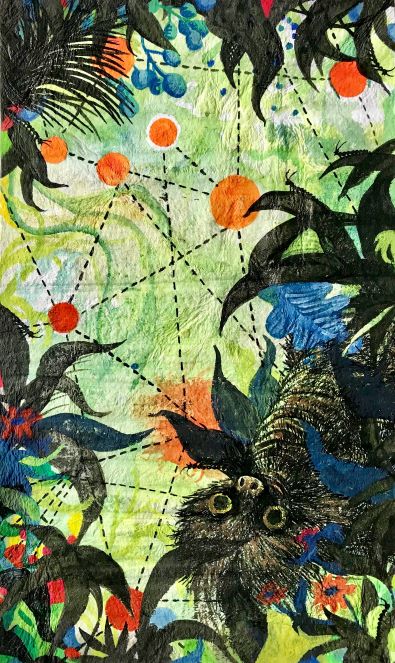 poem on a cloudy day 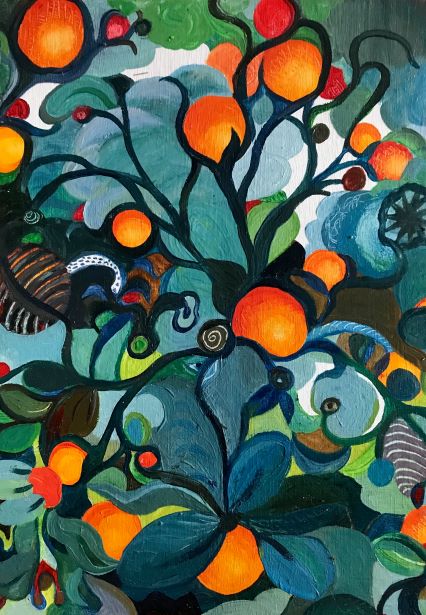 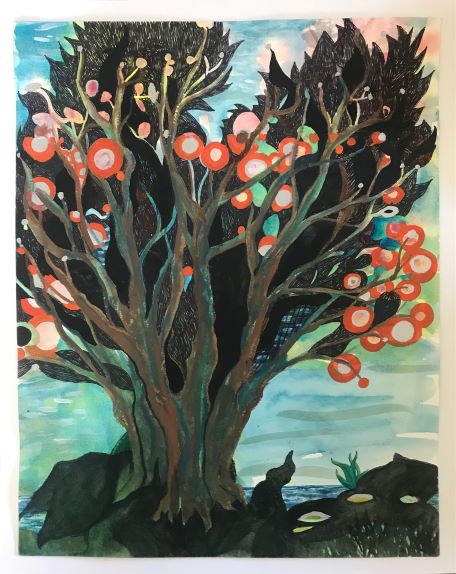 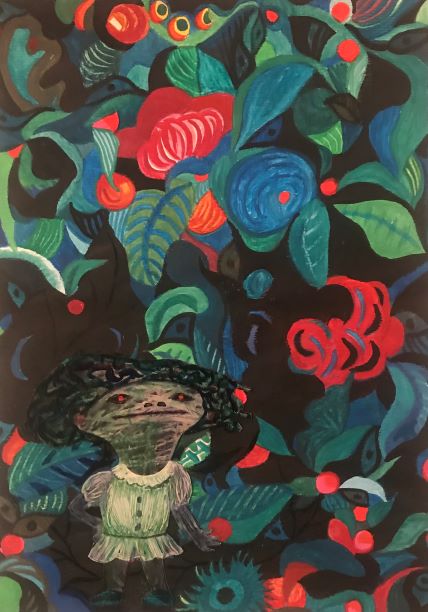 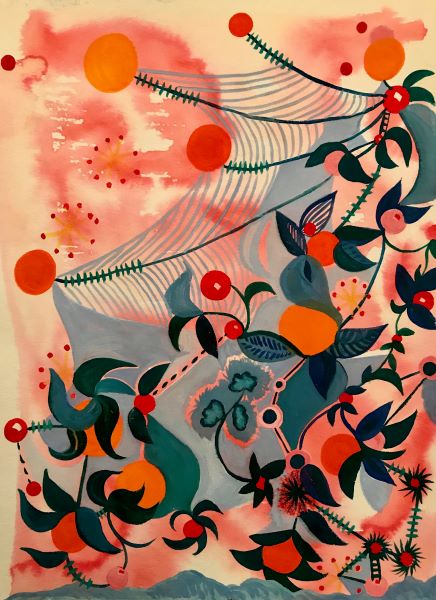 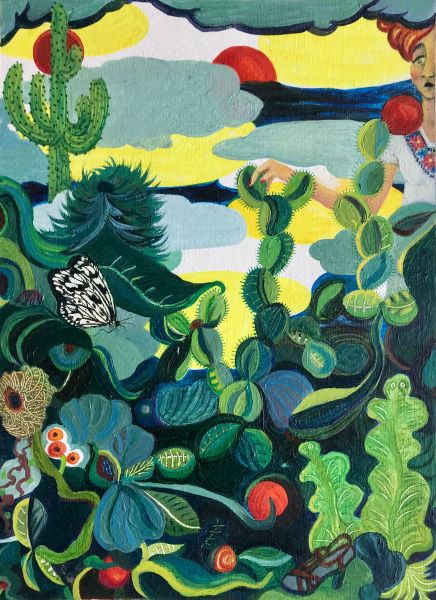 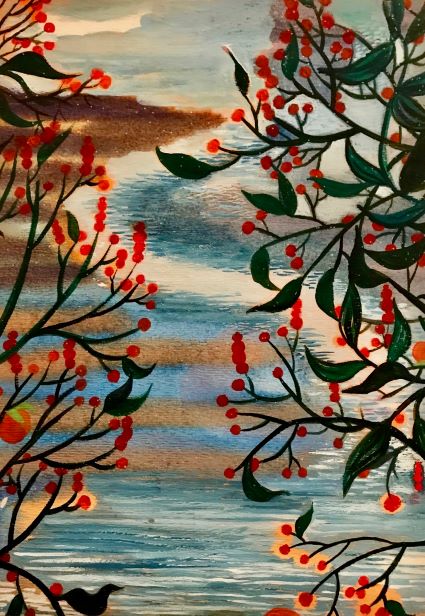 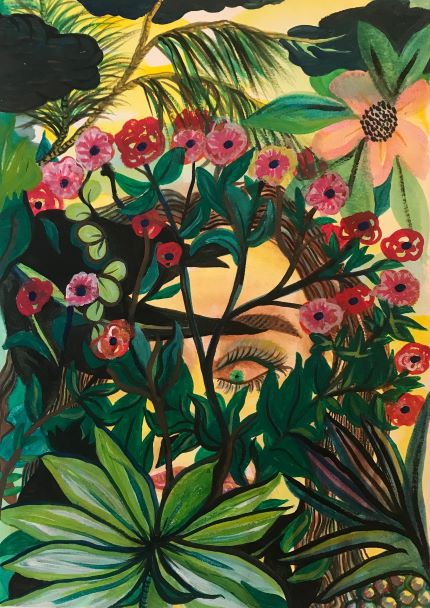 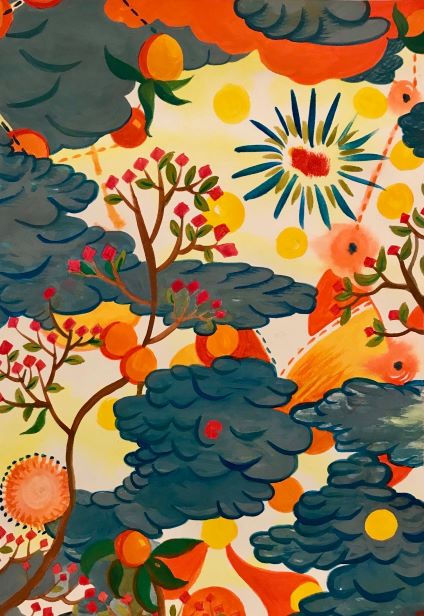 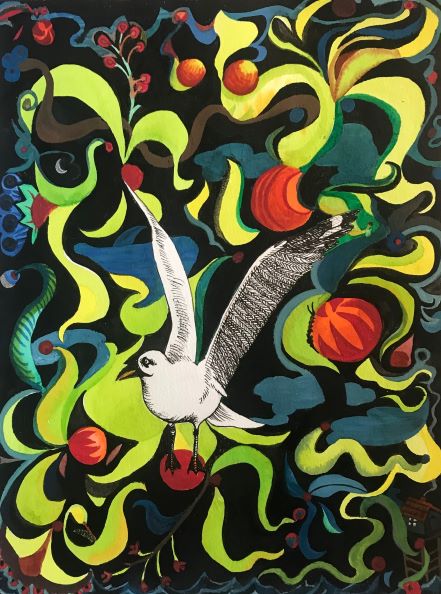 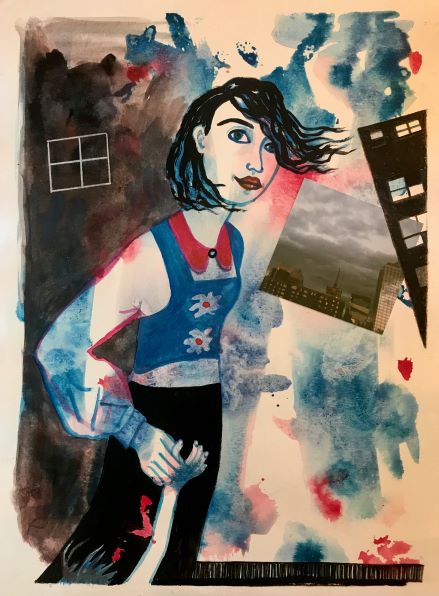 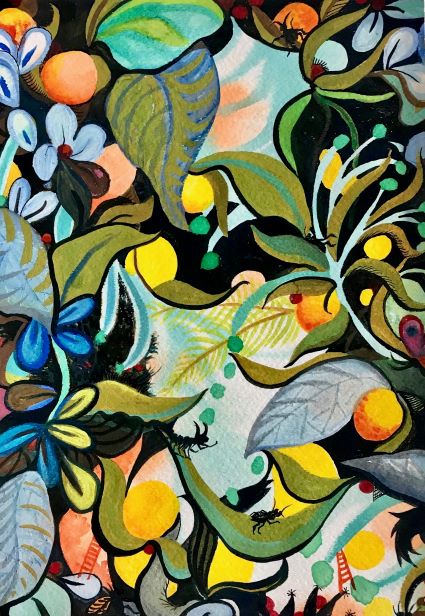