During the pandemic lockdown I found a path to work differently. The painted Mylar film that had supported my hand-painted paper quills morphed into my childhood hair ribbons. Suddenly enormous paintings became lap work to be fashioned from whatever I had at hand, bringing me full circle to my early needlework and college textile foundations.

The pieces were fraught with grief for a world lost, a mother gone, as I sewed and sewed. Was I making a shroud, a flag, or a hair shirt? Certain elemental facts in my work had not changed — the innate beauty masking difficult truths, the allusions to childhood and Froebel’s lessons, the pushmi-pullyu ambivalence of art v. craft, the importance of color as a beacon of thoughts and feelings.

The history of patchwork, and fashioning totems from detritus, has been explored extensively. However, I create work that is unique. The techniques are timeless but I push them to the extreme, forging traditional handicrafts into modern art, while maintaining the familiar trope of women’s unappreciated hours of repetitive labor. Sewing quills to ribbons, joining them to create a new kind of painting, while watching too much news, made me remember the character of Madame Defarge in The Tale of Two Cities, and the parallels of bloodthirsty crowds, resurrection, political upheaval, Greek Fates “who determined human destinies, and in particular the span of a person’s life and his allotment of misery and suffering.” *

My use of paper quills may descend from medieval reliquary objects and Victorian tea caddies, but they are not uniform, monochrome, or glued onto a substructure. I sew everything together because I love the line drawing created by the stitches assembling thousands of bits of coiled paper.

PIKNIK captures the evanescence of a summer dawn, a past and future of simple pleasures we missed last year.

WINNER TAKE ALL and SCORE tell complex tales intricately woven of nostalgia, where ephemera and souvenirs weave associative paths between past and present. An idealized world battles pop culture. The READ ‘EM AND WEEP SERIES presents a favorite vehicle of mine — serial imagery — and introduce digital collages of my older paintings as the substructure. The playing cards and match covers speak of sinful indulgence, chance, impermanence and a wily acknowledgement that dated imagery that can now offend.

Beneath the pretty veneer and couture beading lays some hard truths. I spin geometric modernism into a painted form that is assemblage, textiles, and drawing. It is something different; something delicate and fragile, beautiful, and most of all, tough as nails.

Tuchman’s work is unique, a precursor to current surface, textile, and materialism trends seen in painting. She is a featured artist in Texas Artists Now, by Catherine Anspon. Public collections include the Costume Institute of the Metropolitan Museum of Art, The Lancaster Hotel, Houston, the Federal Reserve Branch in Houston, the Harris County Courthouse, Pasadena, TX and the Harold Simmons Foundation, Dallas. Her work is frequently seen in Houston, where she’s been represented by koelsch haus gallery since 2003. Her most recent solo exhibit in Dallas was COUNT THE HOURS, at Barry Whistler Gallery in 2017. 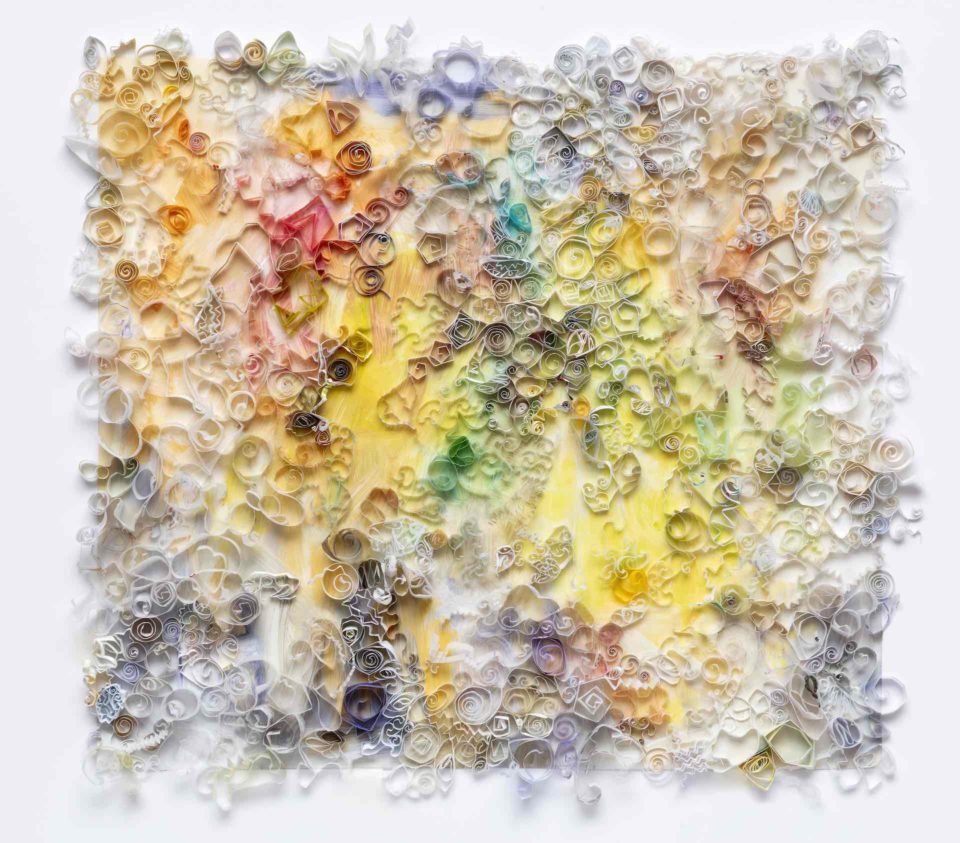 all the lonely people 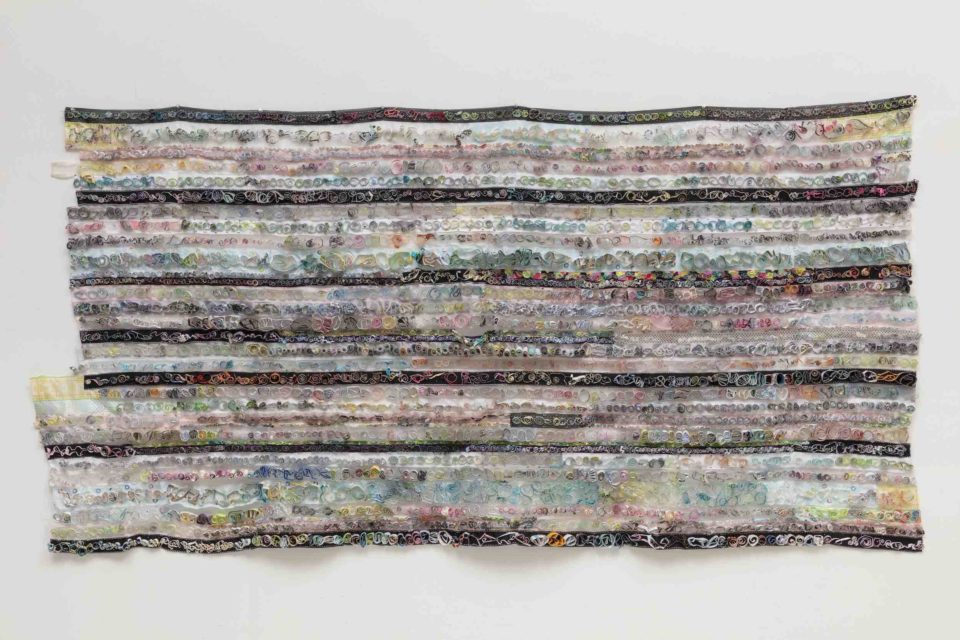 surrey with the fringe on top 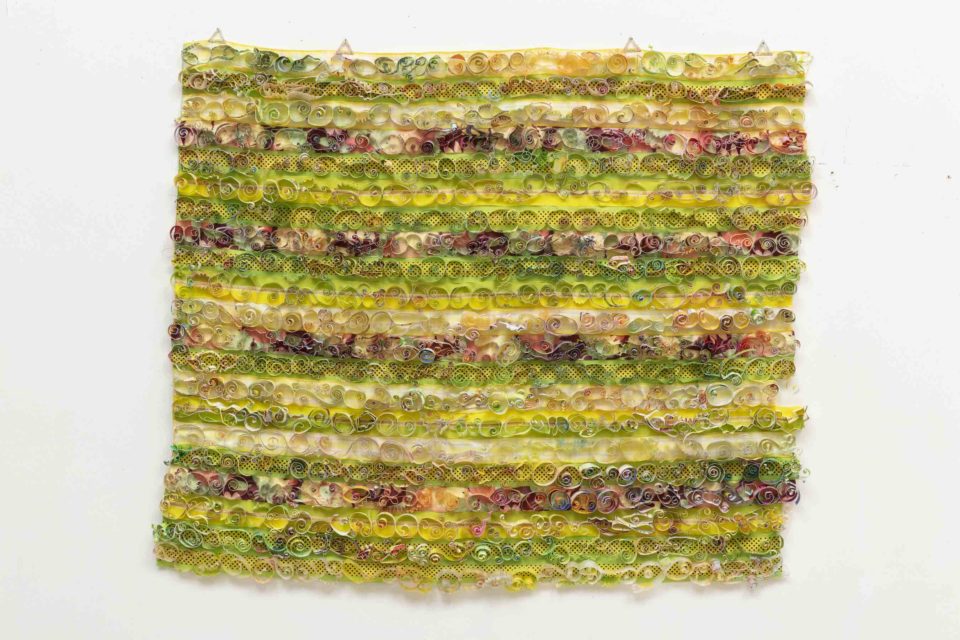 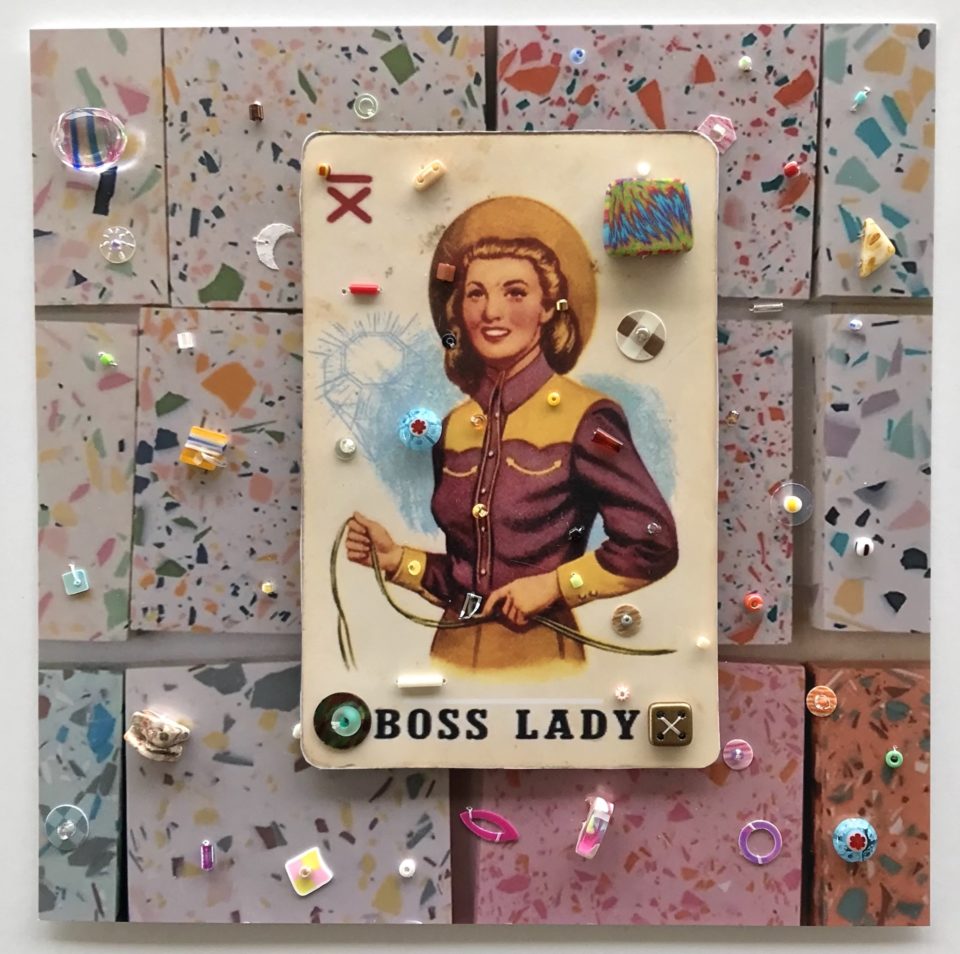 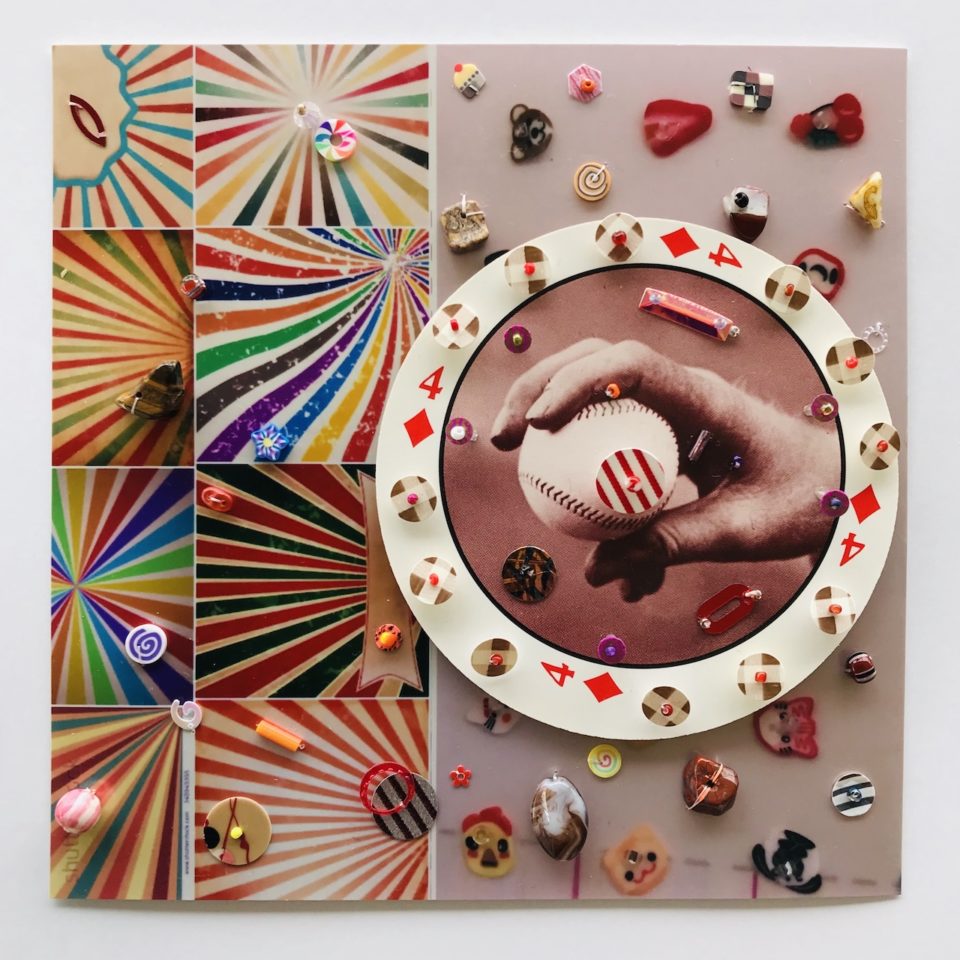 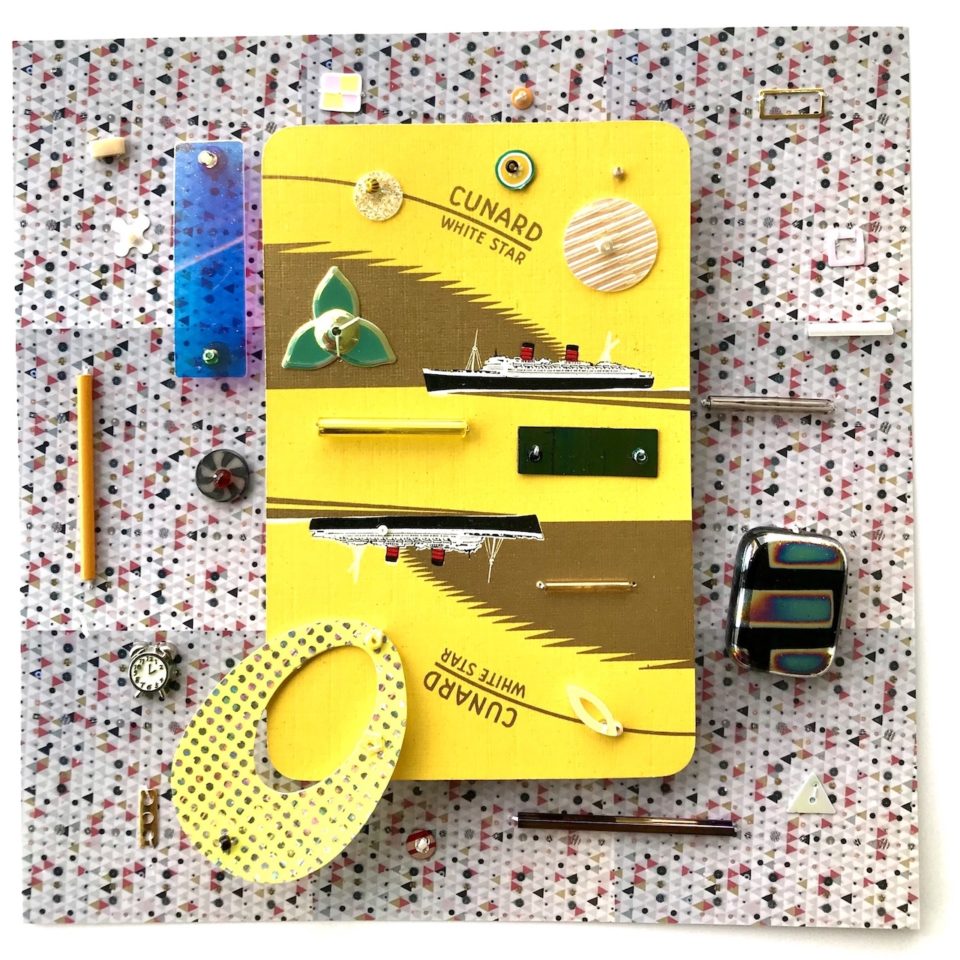 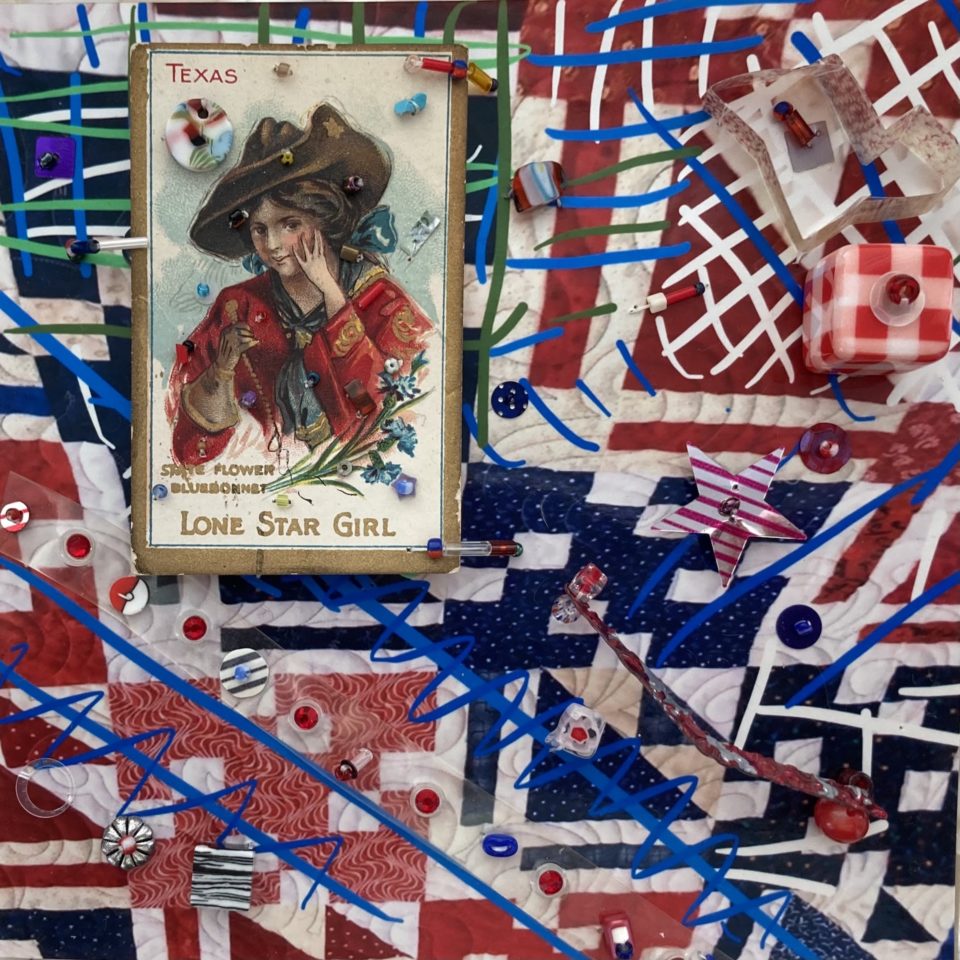 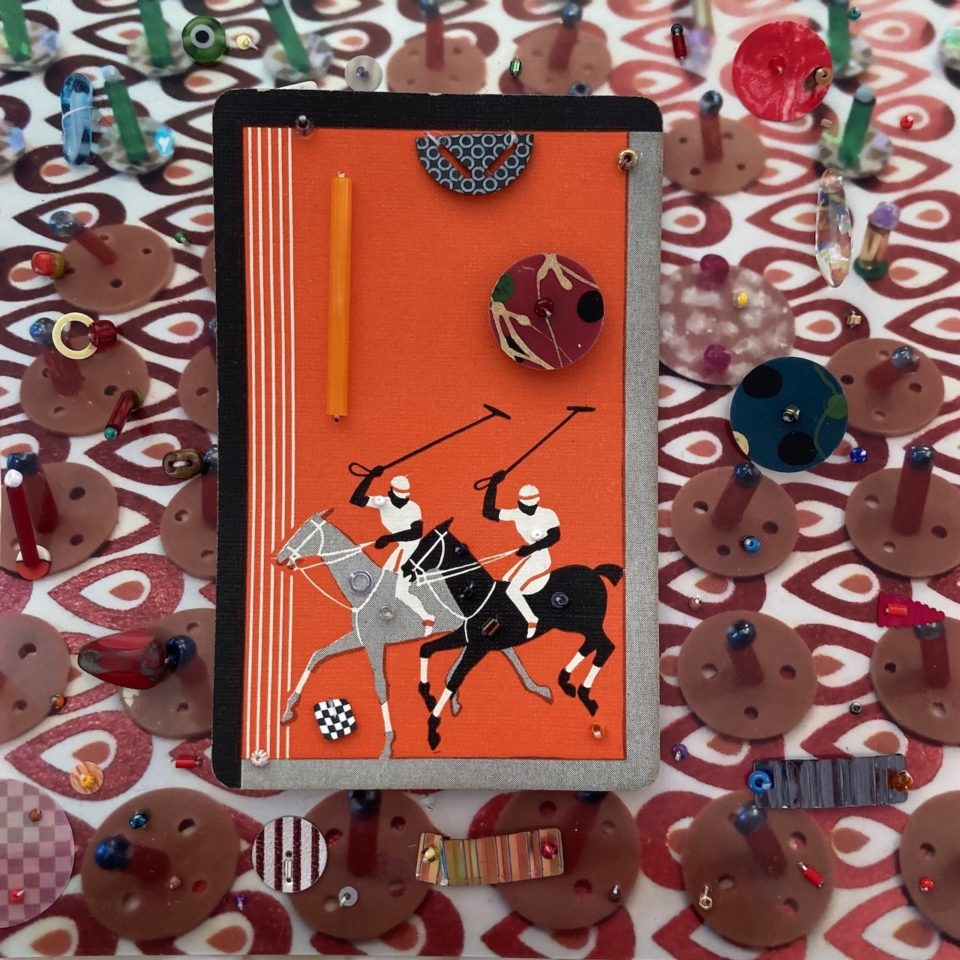 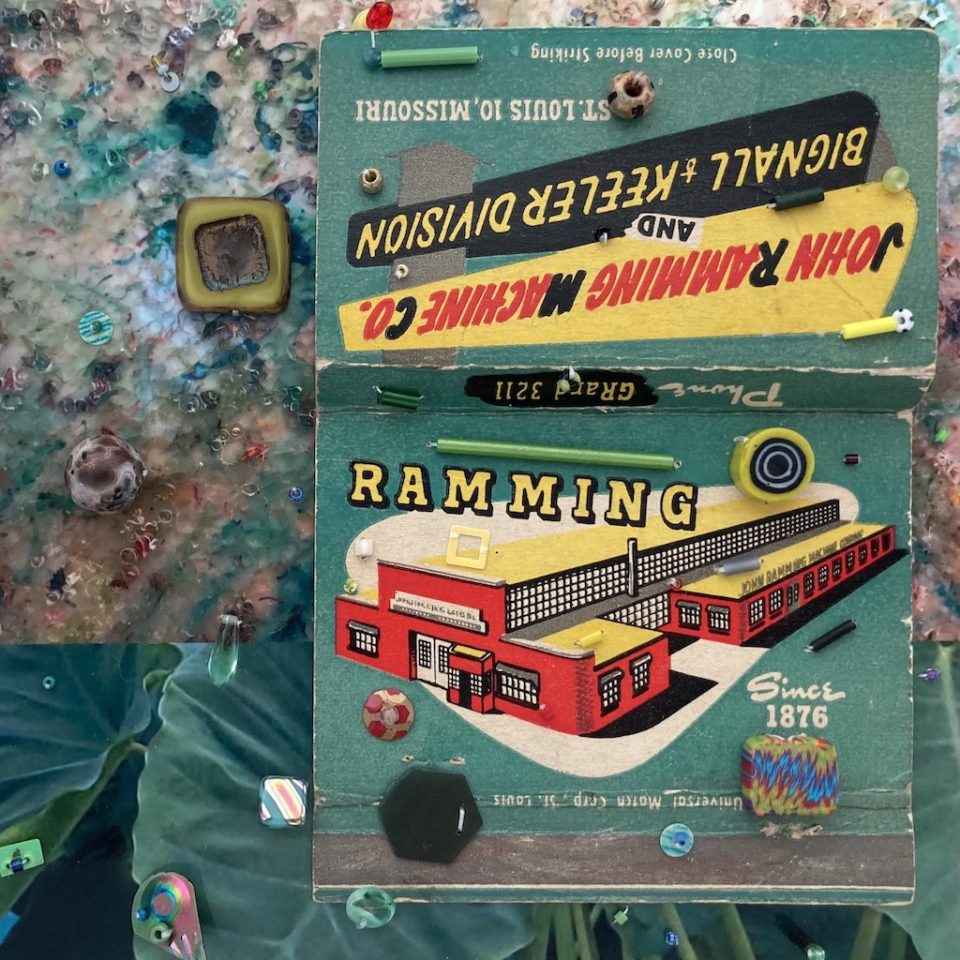 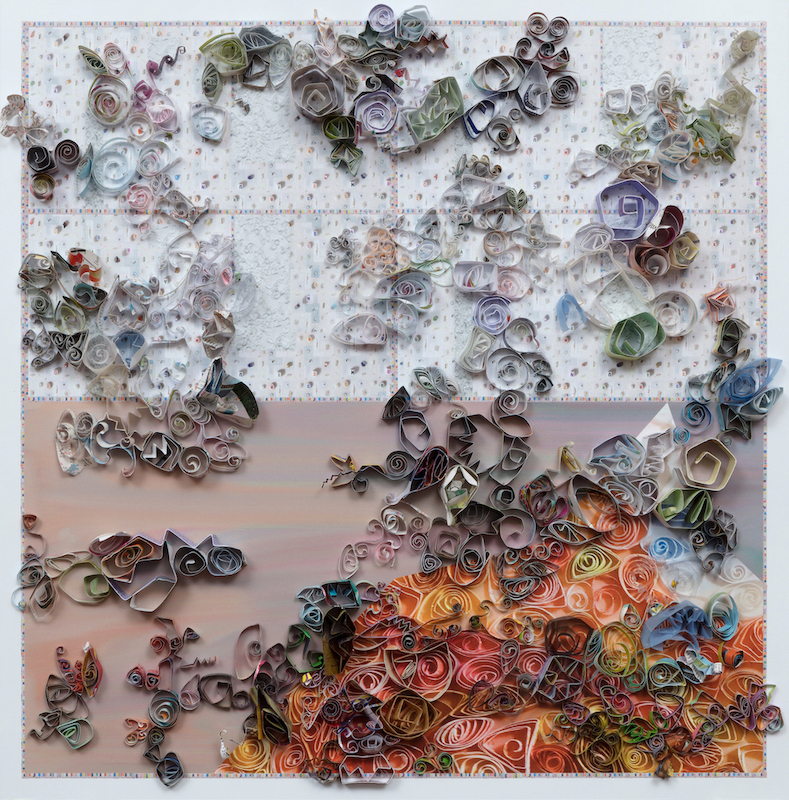 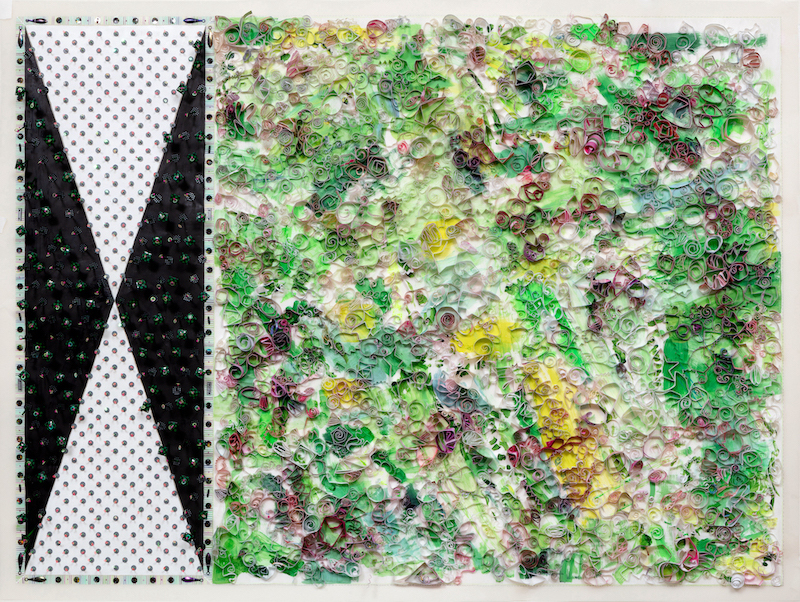 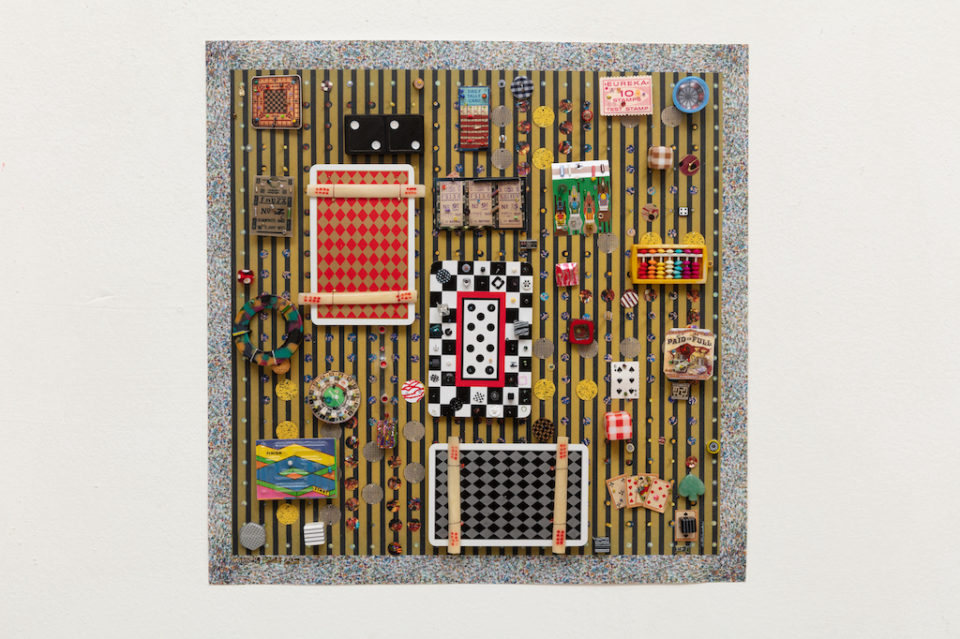 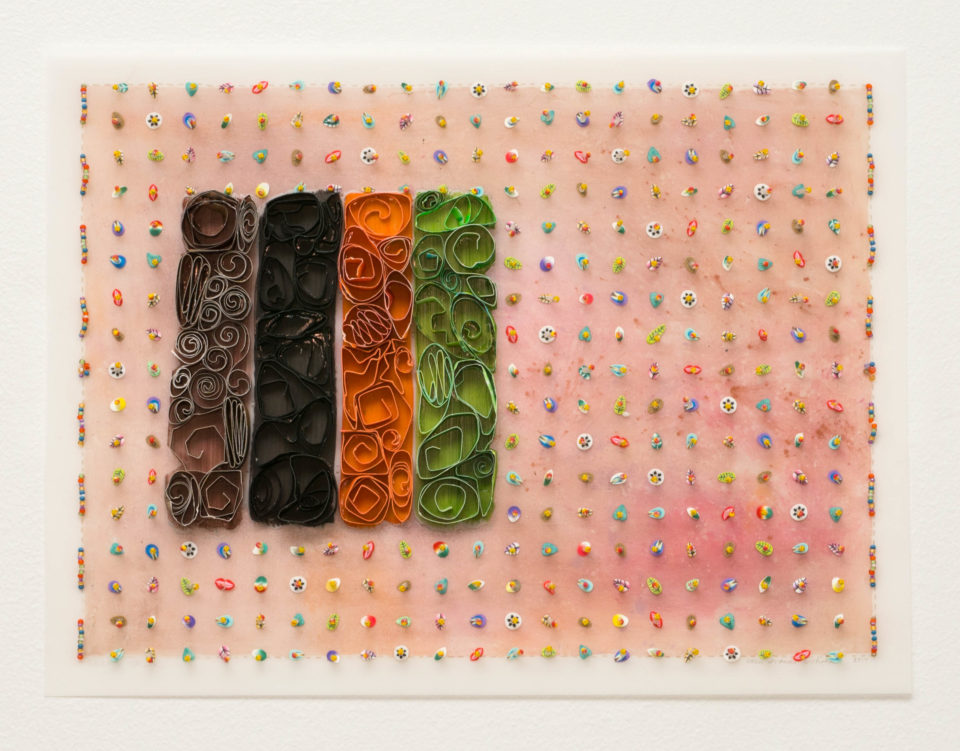 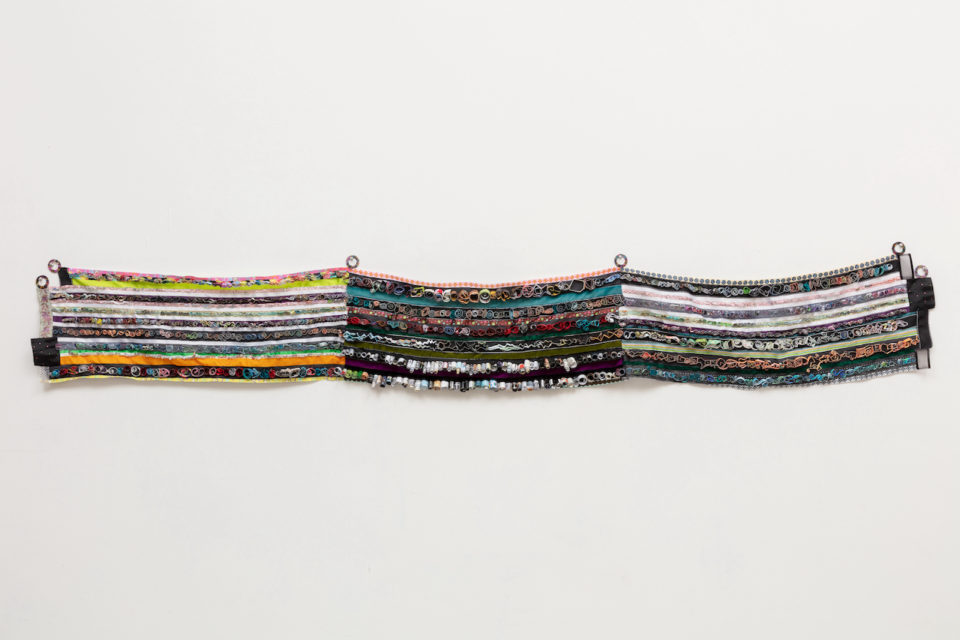 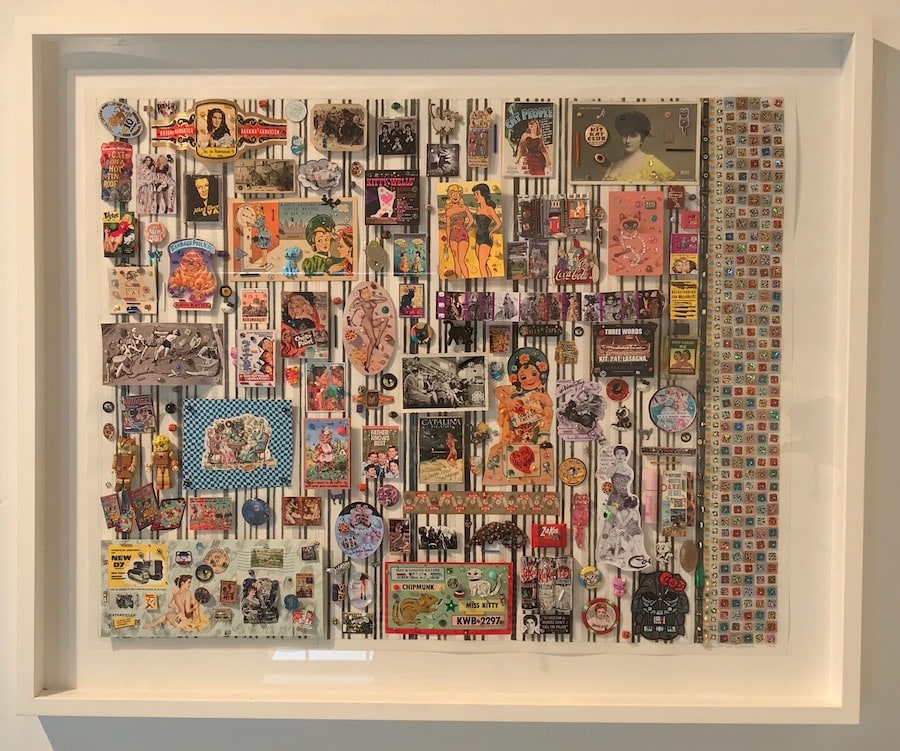 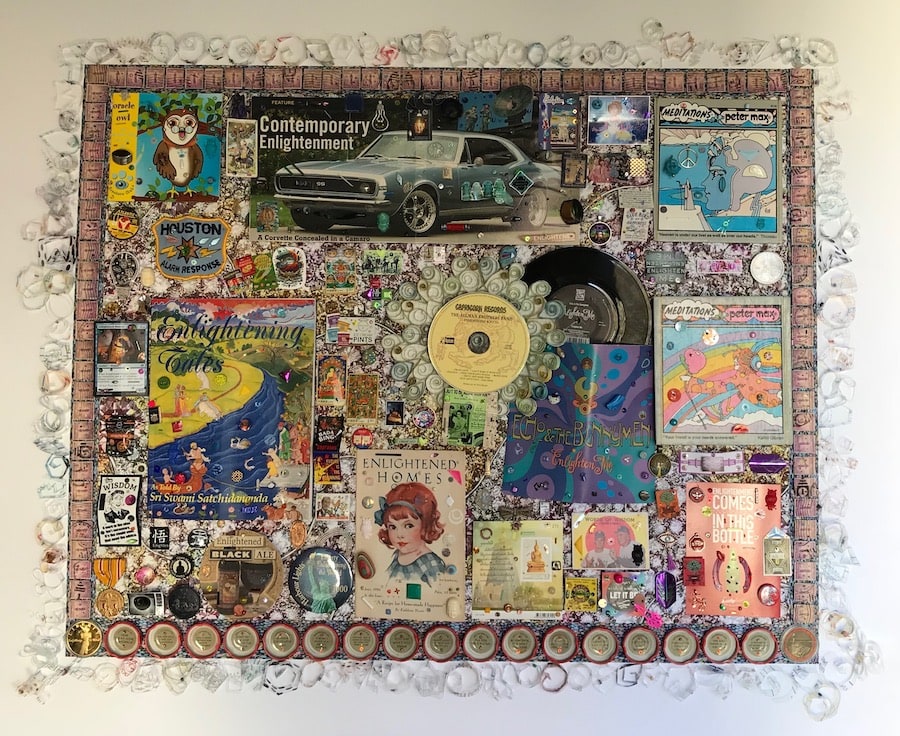 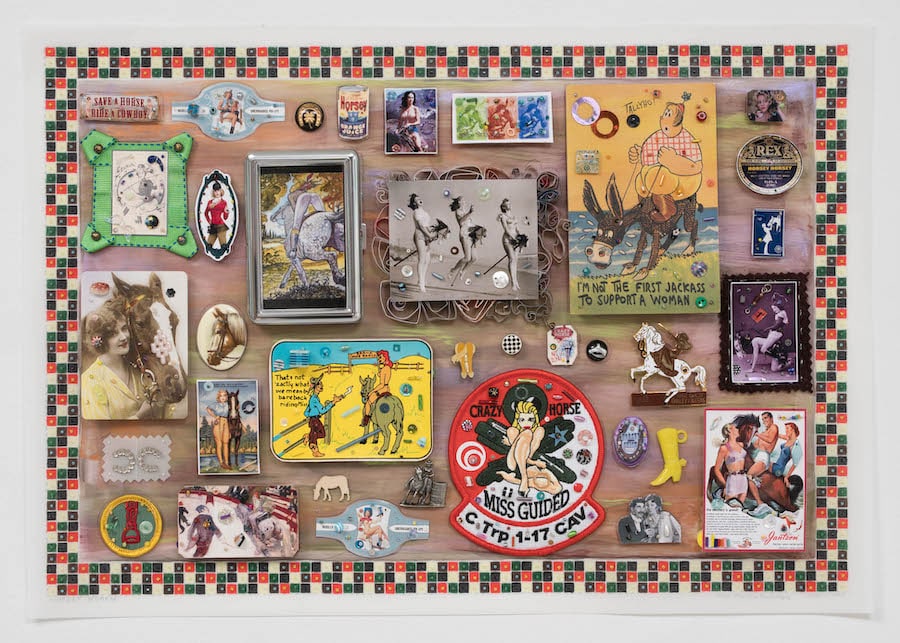 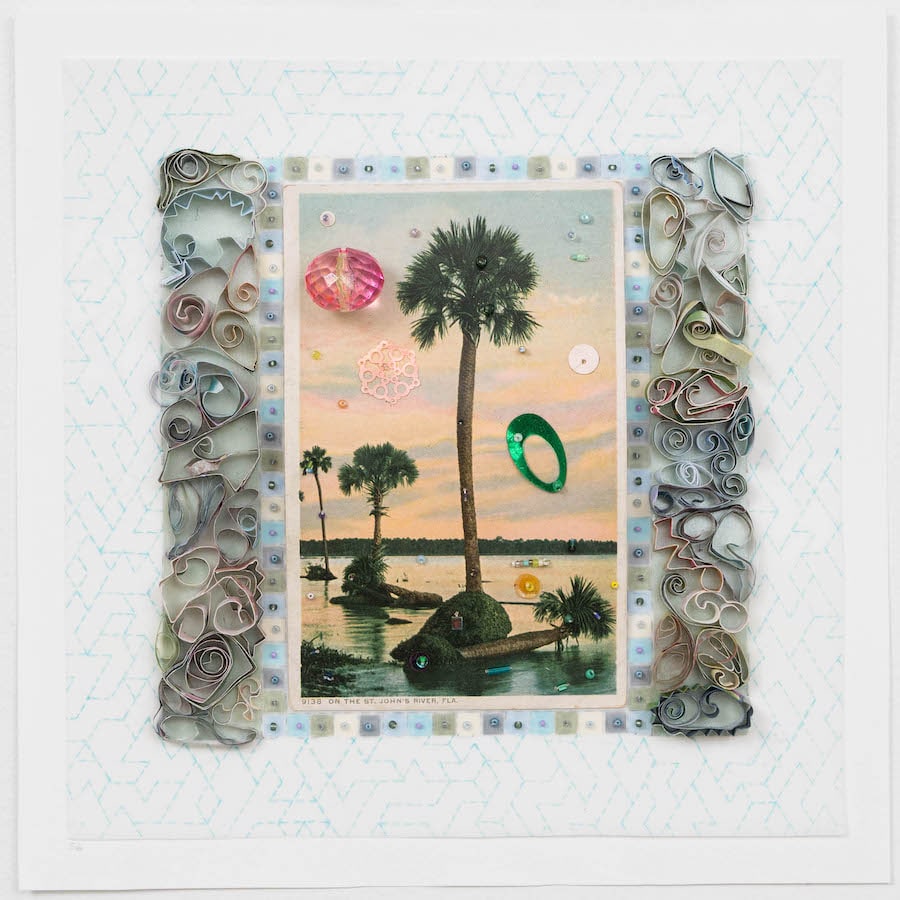 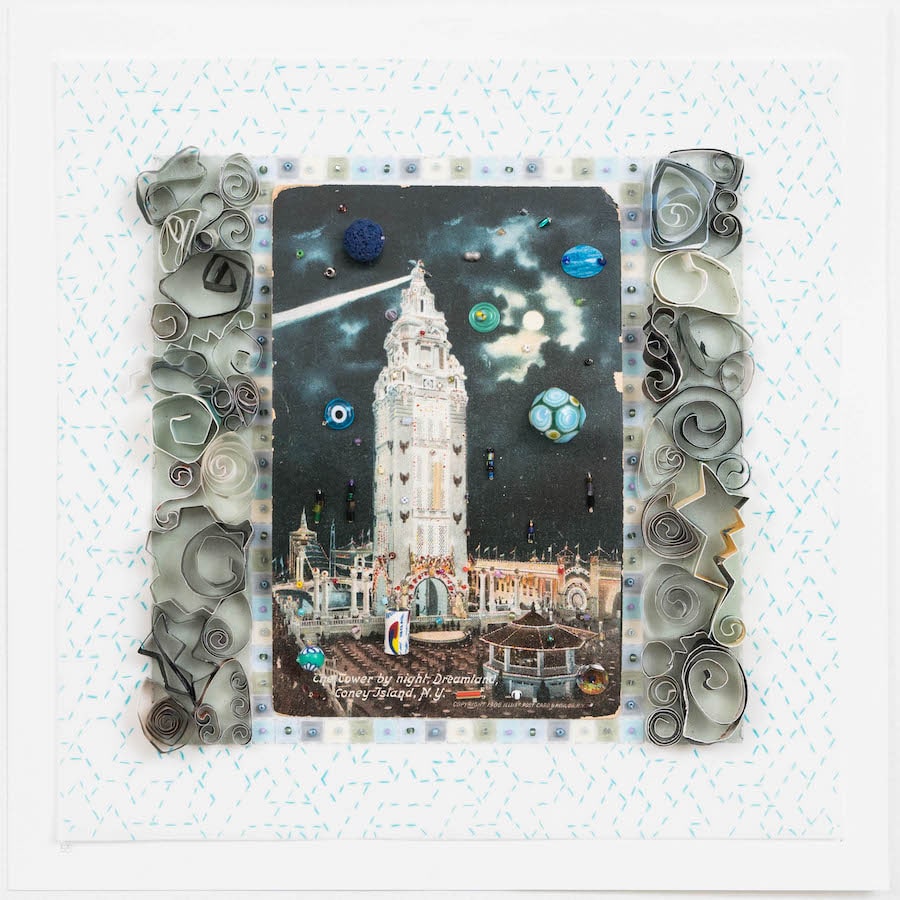 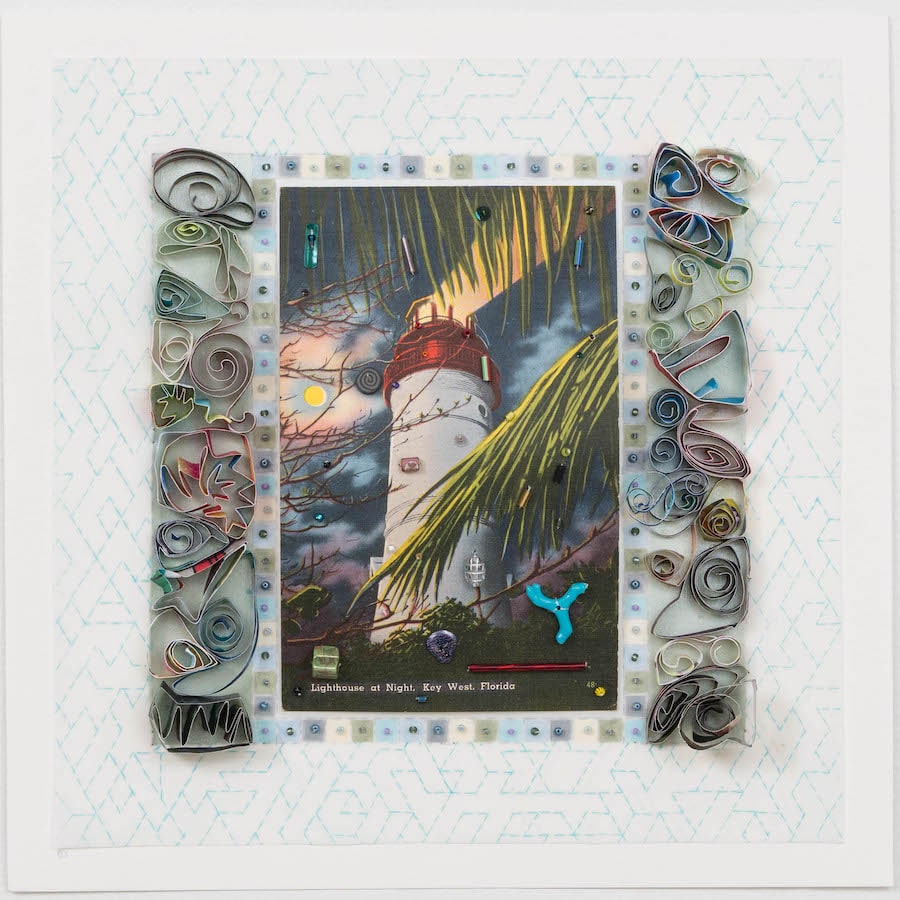 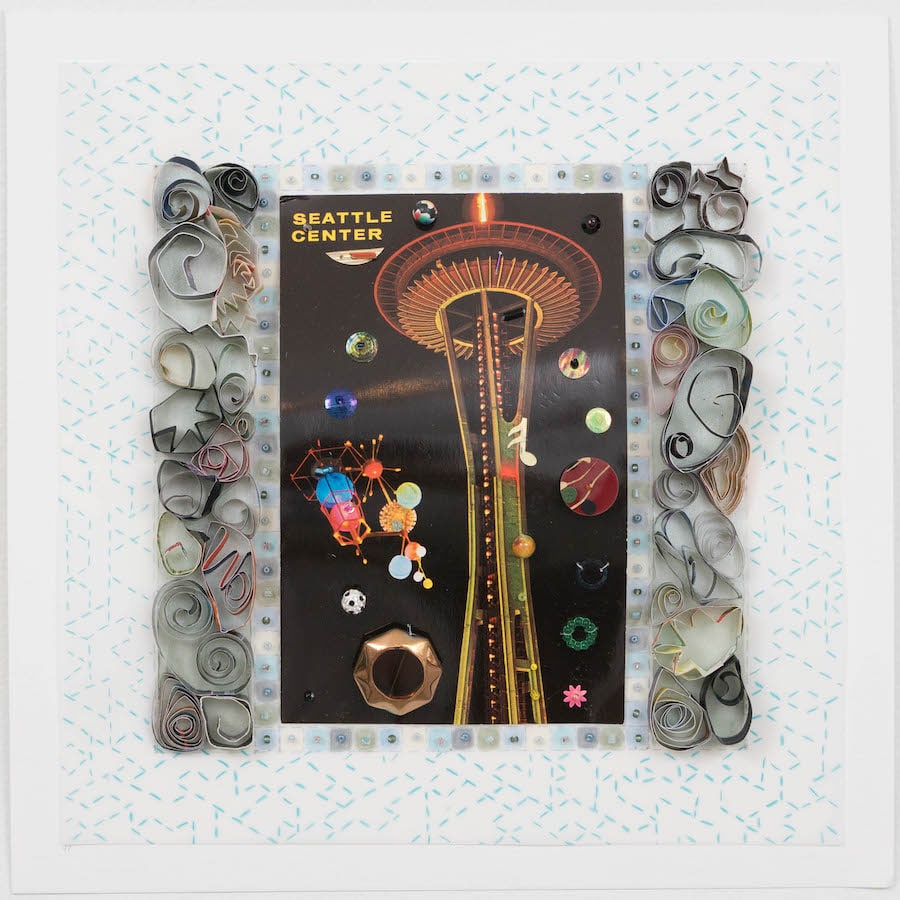 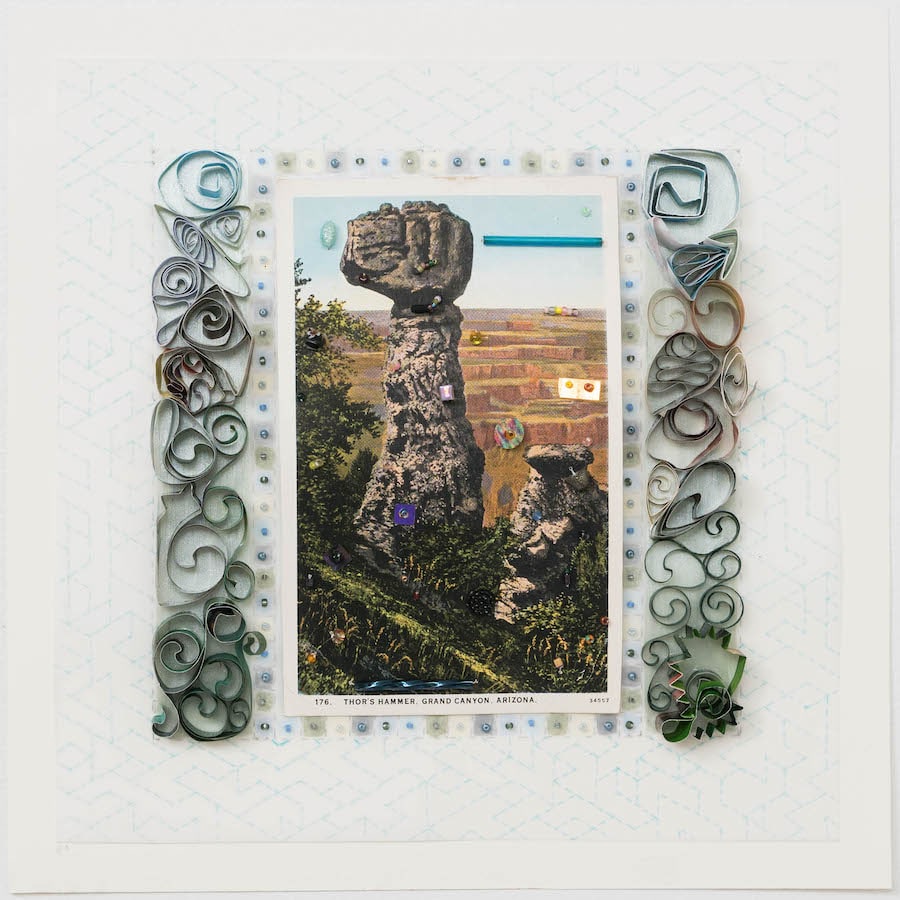 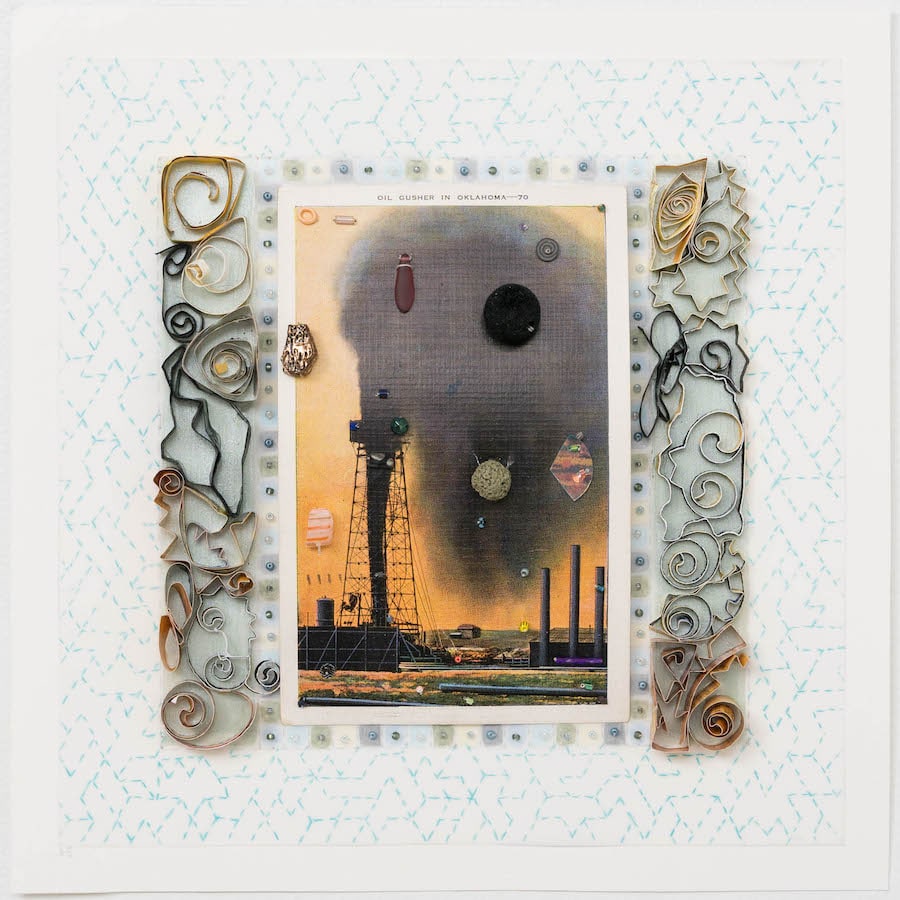 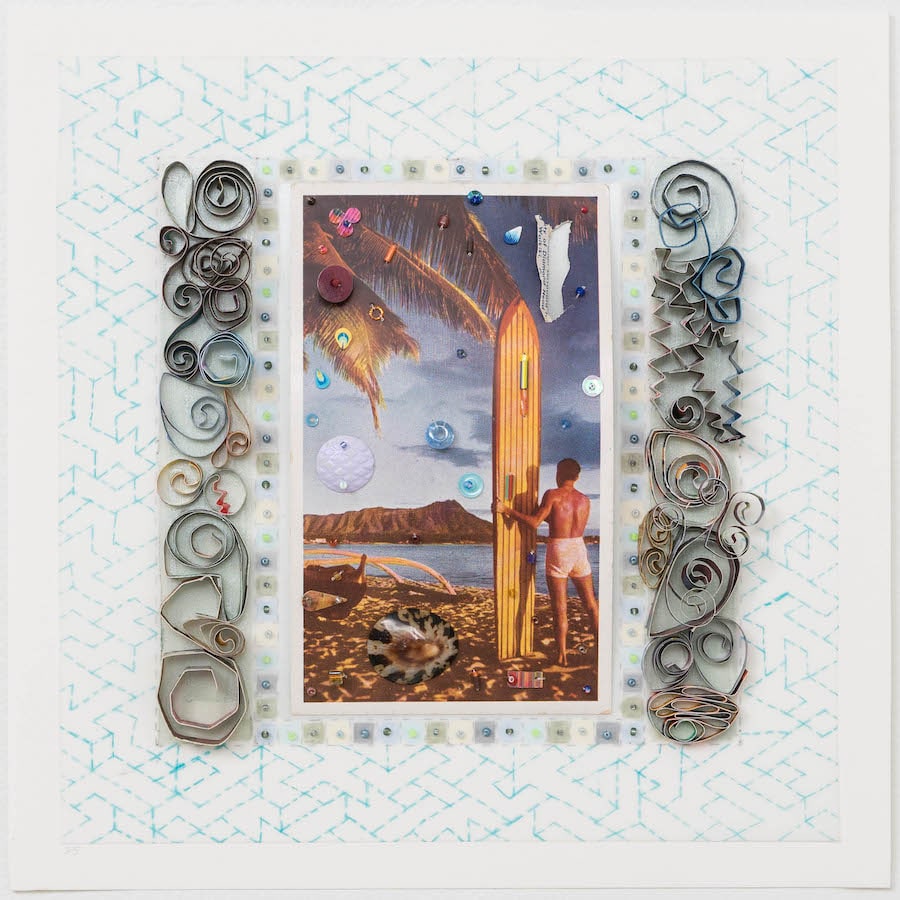 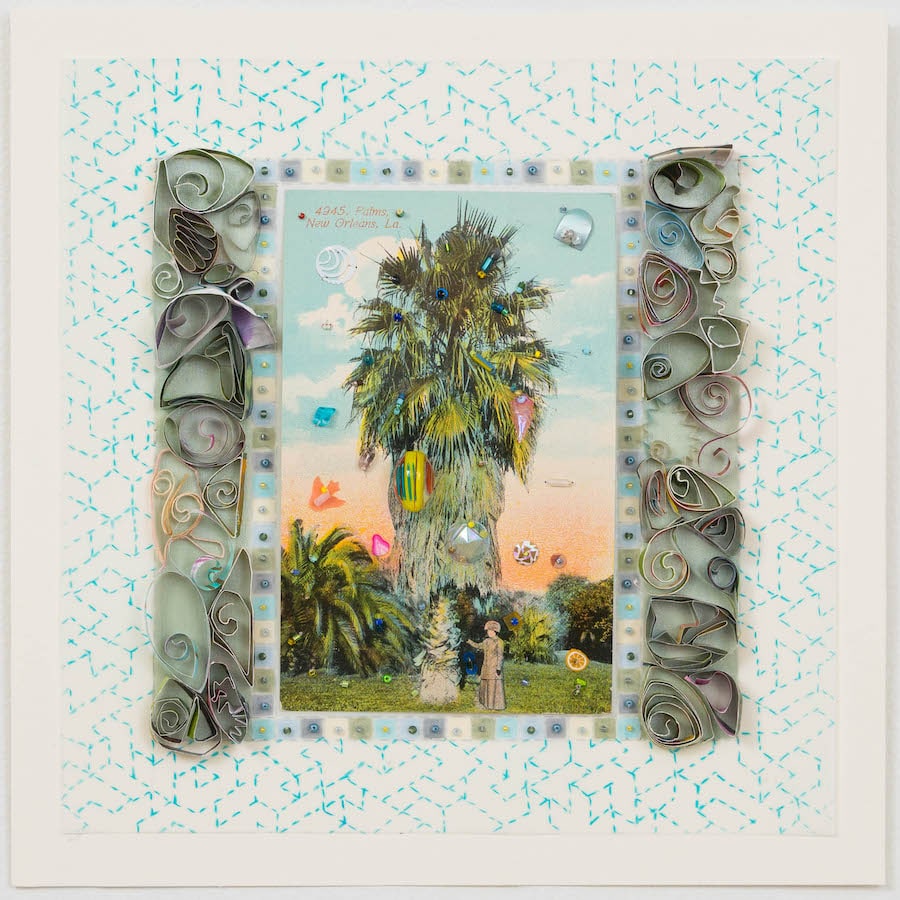 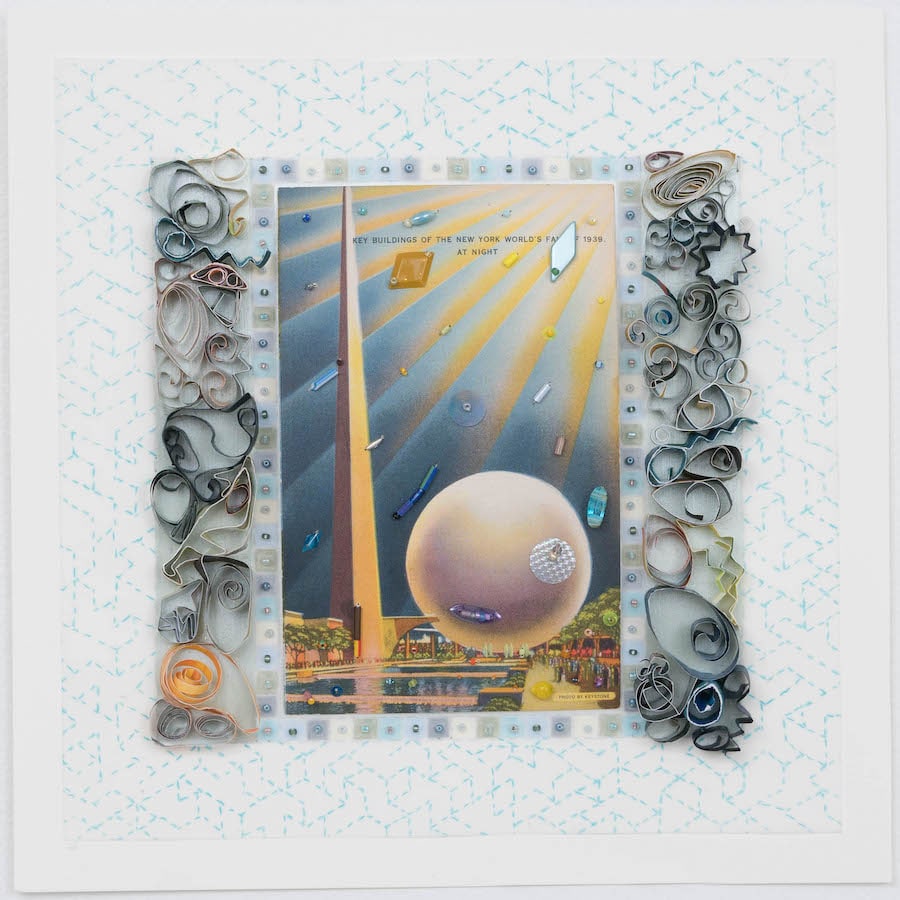 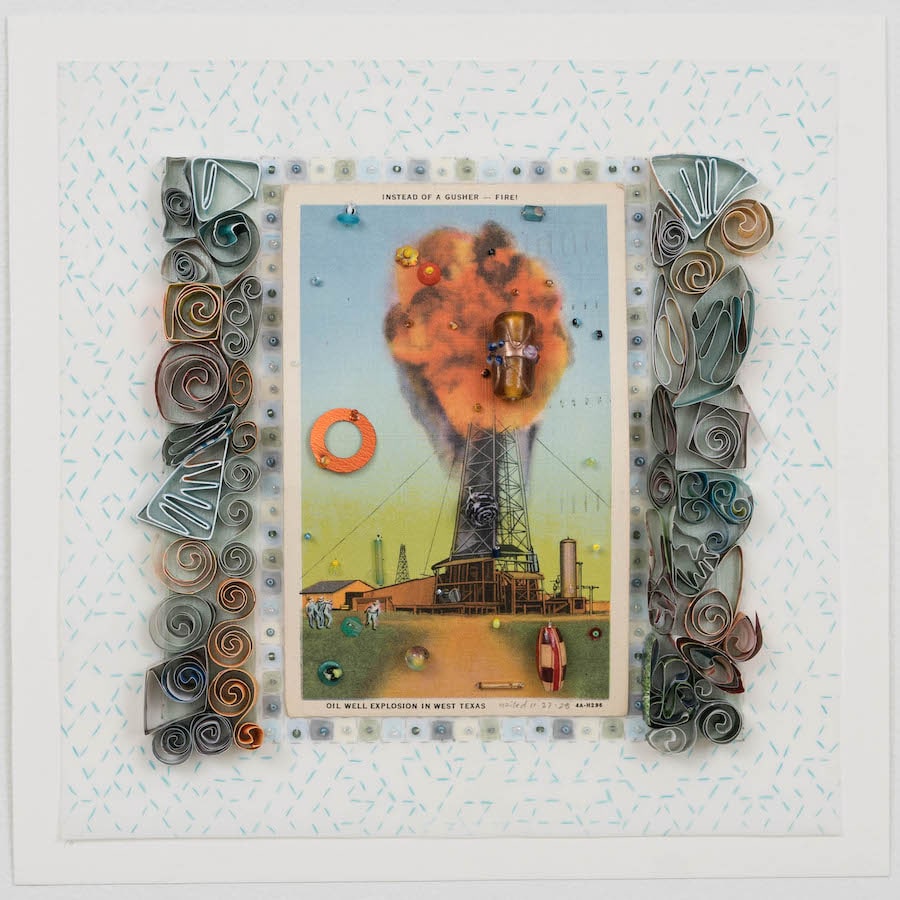 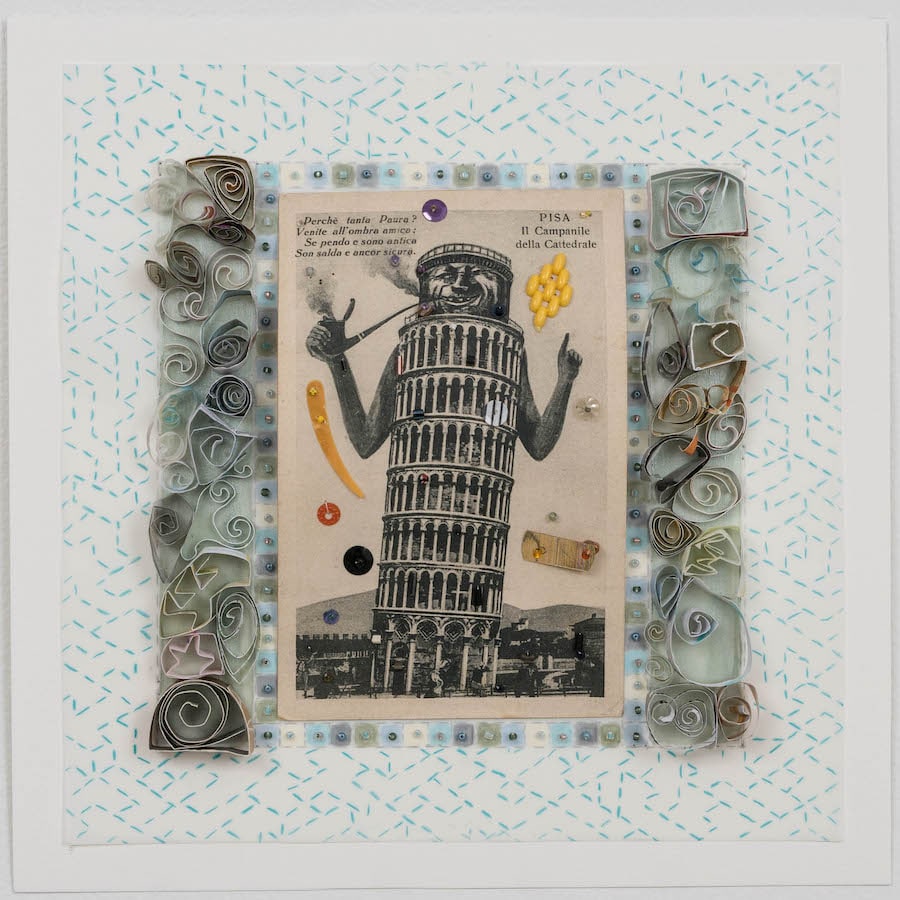